We recommend you consider this an emergency

Just in case anyone misunderstands: I wrote this article at the end of June 2020, and the situation has continued to change since then. Don’t take my word for anything, follow the WHO and (if you’re in Japan) government guidelines.

Tokyo in April and May was the quietest I’ve ever seen it. A spike in coronavirus cases led to a national emergency (although “emergency” is a relative term) and a dramatic shift in how people lived and worked (although not too dramatic; Japan is a highly conservative society after all).

Emergency is a recommendation

In most countries, the countermeasures enacted by Japan’s central government over the past few months would be ineffective at best and dangerous at worst. Surprisingly, thanks to Japan’s culture of conformity and obedience, they’ve worked pretty well: the virus has been relatively slow to spread even in the packed center of Tokyo, and the healthcare system hasn’t been overwhelmed.

In essence, despite slamming through emergency legislation in March, the government’s powers have been limited to throwing money at people and publishing “recommendations”. For example, during April and May they recommended that companies across Japan consider allowing their staff to work from home, and encouraged people to avoid going out. The Tokyo government recommended that restaurants should close early at 8pm to avoid people drinking and chatting until late (a big part of Japanese culture). Since they couldn’t actually order anyone to do that, they instead offered a cash bonus to restaurants which followed the guidelines.

In other countries people might have ignored these “recommendations” and carried on with business as usual, but Japanese politeness makes the softest of suggestions seem like an absolute order. Most people followed these rules: my company and many others changed to doing 90% work-from-home, and busy districts such as Shibuya became relative ghost towns. 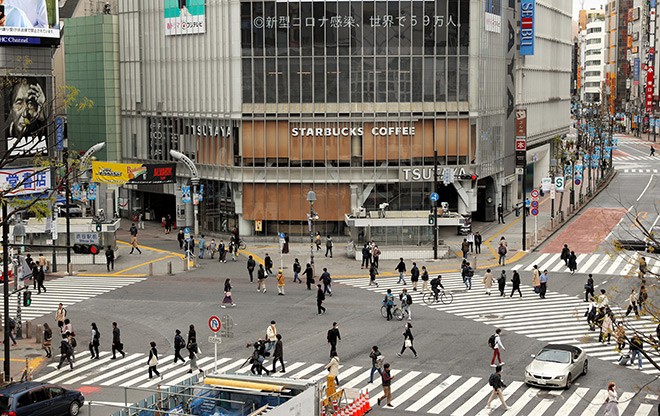 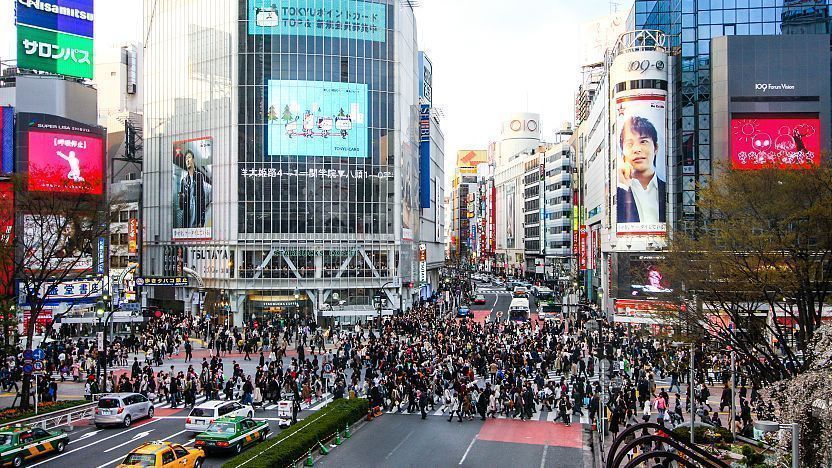 Another initiative the government stubbornly carried out was to send 2 free face masks to every household in Japan. You may be able to spot the first flaw in that plan - for example, my girlfriend’s household contains 10 people, at least 4 of whom need to go outside for work. The other flaw is that the design of the masks is terrible, far worse than the masks most people buy and wear in winter anyway. So in the two months since they arrived in my area I’ve seen 95% of people wearing the usual type of masks, 5% of people not wearing masks, and maybe a total of one or two people wearing the government masks. 46.6 billion yen well spent …

The catchy public-facing advice has been to avoid the “Three C’s”, or in Japanese, 3密 (san-mitsu). They are “closed spaces” 密閉空間 (mippei kukan), “crowded places” 密集空間 (misshu kukan) and “close-contact settings” 密接空間 (missetsu kukan). You’ll notice that they work a bit better in Japanese because the prefix, suffix and number of characters are the same every time - unfortunately the translation loses the nice rhythmic flow!

Posters like these have been somewhat haphazardly strewn around shopping streets and open spaces around Tokyo: Side note: English-speaking designers may think there’s too much writing on this poster. In fact, by Japanese standards it’s quite restrained and to-the-point. Partly because symbolic kanji characters make Japanese text more scannable, and partly because Japanese people still take the time to actually read things, posters and ads here are often designed to be a lot denser than those in Western countries.

Since there were never any proper don’t-go-out rules, I ended up taking a few breaks from the stay-at-home life. With tourism basically nonexistent hotels are slashing prices to get a few guests, so I took some time away from my rather small room and spent a week in a much larger hotel suite. Still pretty expensive (this is Tokyo, after all) but it was worth it to be able to wander around with my laptop and play games on a big TV, instead of just sitting at my desk all day.

With the usual indoor date spots all closed (or closing early), I also discovered a bunch of nice parks and open spaces. Unusually for Tokyo I managed to try a little nature photography - as you can see I’m a bit out of practice!

One of the times I actually needed to go out was to the immigration office to renew my visa. I don’t have a problem with being required to show up in person (and it was my choice to go, since they extended the visa renewal deadline until after the end of the state of emergency) but it’s emblematic of a big problem in Japan’s ability to do things without leaving the house.

Despite its reputation as a high-tech country, the vast majority of official documents are still actual paper documents, which need a “hanko” stamp to be valid. Pretty much every individual and company has one, to be used as an equivalent of a signature. As an individual, in order to apply for anything, change anything, renew anything, or cancel anything you need to physically show up at the city office, fill out a paper form and wait while someone processes it. In a company context it’s even worse since the form probably needs to be handed around between company directors, lawyers and government representatives multiple times before it’s legally complete. None of this can be done online because “we’ve always done it with paper; if it ain’t broke don’t fix it.”

Obviously this is a nightmare for social distancing, and in a way it’s encouraging to see that with care and diligence Japanese people have kept up this system without spreading the virus. As a programmer and tech enthusiast though, it really frustrates me how many people have been put in harm’s way just to complete a form which I could build a website for in a couple of days (I exaggerate of course, government-level website reliability and security is a genuinely hard problem, but New Zealand has proven to me that it’s a solvable problem).

We’re all still watching New Zealand’s virtual eradication of the virus with envy, but Japan not doing too bad with all things considered. However, numbers of cases don’t tell the full story of what’s happening and who’s being affected, so please consider looking up and donating what you can spare to charities in your area.